The Trango groups have its own attraction for the rock climbers from all over the world, Trango is a prince for the other groups of Towers, which offers a scenic view from Baltoro glacier most of the rock climbers in USA love these towers and they climbed it from Time to time. It is also attract the Polish and Japanese.

Trango Towers situated on the Baltoro massif of Baltoro cathedral surrounded by Lupsand tower Uhli Beaho Tower, Muztagh Tower Biange Tower and Paiyu Peak,
Great Trango (6287m) was first climbed on July 21, 1977, by the Americans Galen Rowell, John Roskelly, Kim Schmitz and Dennis Hennek. They had climbed through the South Face of the mountain. The East Face of Great Trango, 1600m from its base to the top, is among the biggest rock walls in the world. Its first ascent was made by the Norwegians Hans Christian Doseth and Finn Daehli in 1984, but tragically the two climbers fell to their deaths when abseiling.

The most spectacular of the Trango towers is the so-called Nameless Tower (6251m). It was first climbed via the South-West Face by Bo Anthoine and Martin Boysen from Great Britain. The next day, Joe Brown and Malcolm Howells also reached the top of Nameless Tower. In 1989 Kurt Albert and Wolfgang Güllich wrote Alpine history when they free-climbed a route they called “Eternal Flame“(with pitches graded 7c) and thus established free-climbing in the high mountains of the world. 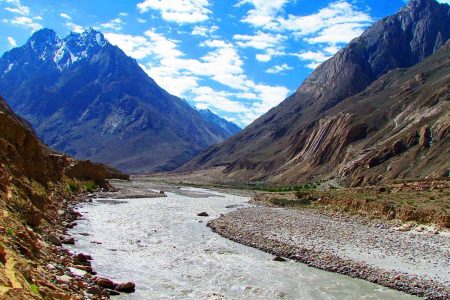 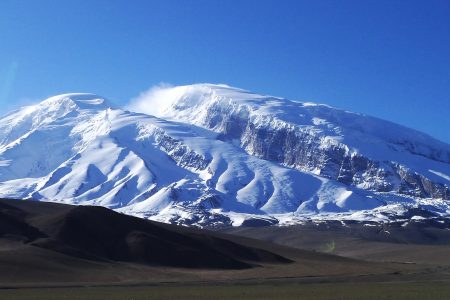 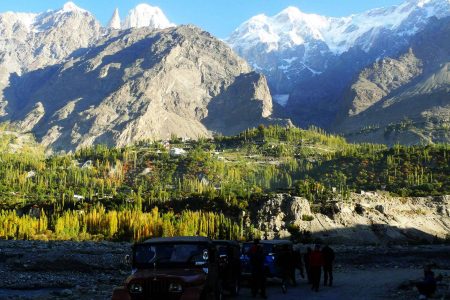