At Gurikot, about ten kilometers south of Astor, a jeep road follows the fertile, wooded Khirirn Valley for 40 kilometers to the army post at Chilim and continues across the Deosai Plateau to Skardu. The best-known treks from Astor lead west and southwest, to the east and south sides of Nanga Parbat. This huge mountain is not a single peak but a series of ridges culminating in an ice crest 8,125 meters high-ranked ninth highest in the world and second in Pakistan after K2. The name Nanga Parbat means ‘naked mountain’, so called because some of its slopes are so steep that they are bare of snow or vegetation.

Early disasters on Nanga Parbat gave it the nick-name Killer Mountain or mangeur d’homme. Twelve climbers and 18 Sherpa had died there since 1937. The monster was finally conquered in 1953 (one month after the ascent of Everest) by a joint Austrian-German expedition; Hermann BuhI made the final ascent in a strenuous forty one hour solo ordeal without oxygen. Today’s death score is 47-far fewer than have lost their lives on Everest. 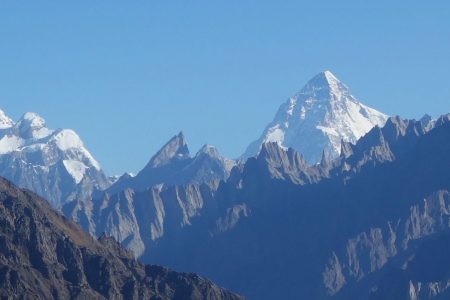 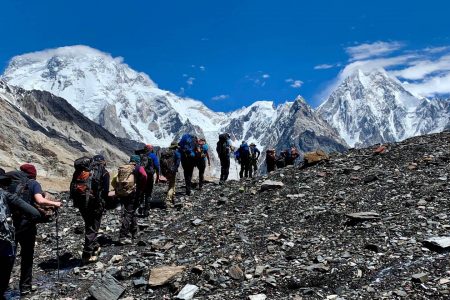 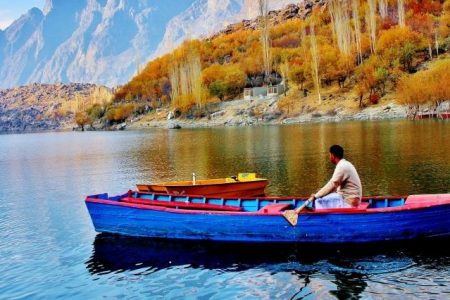