The Mashabrum valley is one of the most spectacular areas of Baltistan in terms of beauty. This valley boasts adequate vegetation compared to others. Our main attraction is the Masherbrum peak in regards to mountaineering. It is one of least frequented peak by climbers due to its low profile and difficult to climb.
The British surveyor expedition in 1856 led by captain T, G, Muntugmerie, explored peaks glaciers and named K-1 for Chogori which in now called K-2 and put the name in sequence according to the height of the peaks in the area.

This peak stands on the Hushe valley on the right massif of Baltoro glacier, on the west of Saltoro range as K-1. Its lies for more summits beside the main summit technically. Its ice and rock climb together, with sharp ascending from all sides, technically, it’s known hard, with landslide icefall.
It was in 1838 James Waller and his party attempted this peak, after many days trial setting up camp 5 at an alleviation of 7602m, an avalanche hurt them seriously but luckily no injuries has happened and other members who were trying very much exhausted they moved back, two members of the expedition been taken a night in a craves were frost bited.

The struggle were not stopped to reach on the summit, the American team tried in 1955 but failed, so in 1960 the Pak-America expedition team led by N.B Clinch Dr. Goerge Bell and from Pakistan side Captain Javed Akhtar, they have been successful and they got the pride of Masherbrum.
The second highest of Masherbrum Peak 7821m climbed by Polish expedition in 1981 and got the second pride, unfortunately on the way back two members of the expedition lost their lives and the third man seriously injured anyhow the expedition was successful. However Masherbrum by local name shining mountains has climbed much time by different expedition from different countries. 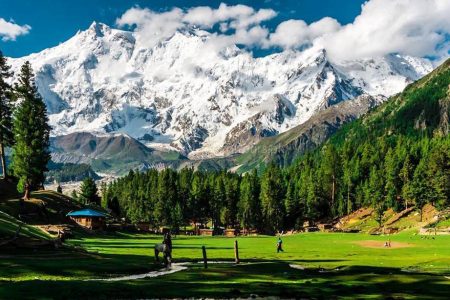 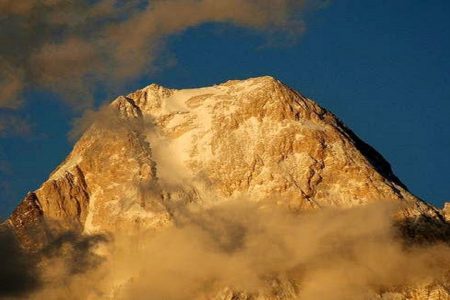 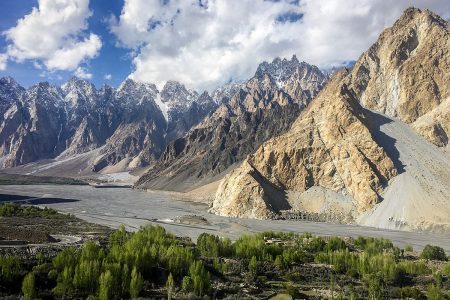